Teaching TKAM: Read these too!

If you have to teach TKAM, there are a few books I recommend to supplement both teacher and student understanding AND to bring the book into the 21st century. Adding these books increased my students’ exposure to non-fiction texts and also brought in the external ideas we needed to read TKAM critically.

Just Mercy the non-fiction memoir of super lawyer and activist Bryan Stevenson. The adaptation for young readers is a great text to supplement To Kill A Mockingbird. The first chapter is even called “The Mockingbird Players”, and it is about a case Stevenson took in Monroe County that has many similarities to the situation surrounding Tom Robinson’s trial. We only read the introduction and Chapter 1 but my students immediately made the connection. We were also able to talk about hard history topics like miscegenation laws, Loving vs. Virginia, and racial inequity in death penalty sentencing. It is good lead into the lynching work of the Equal Justice Initiative, which should definitely be taught after Chapter 15. Some schools choose to read Just Mercy instead of TKAM, especially if the goal is to teach about racism in the justice system, but even if it’s not a total replacement, a paired reading is really useful.

I am Scout is a young reader’s adaptation of a biography written by Charles J. Shields. I personally am fascinated by the story of Harper Lee as a writer, especially since becoming a soon-to-be-published author. How does a one-hit wonder become a cultural icon? The people need to know! Her life itself is NOT very interesting. She wrote the book (with significant help from her editors), won a prize, then just went back and forth between New York City and Alabama for the rest of her life. The hype built up around her, but it wasn’t because of her. She stopped giving interviews or speaking about the book in 1964! There is a thread about Truman Capote contributing to her literary relevance, but even that is limited to certain circles (I can only picture Philip Seymour). The story of Harper Lee’s celebrity and her book’s legacy is what really keeps me interested in TKAM, but mostly because it says so much about us, and not a lot about her. Kind of like the Kardashians.

Our all middle school read this year was This Book is Anti-Racist as part of the preparation for our annual Day of Dialogue. It is a gem of a book that clearly guides young people through important concepts and terminology. Tiffany Jewel actually did a virtual book visit as part of the day, which was lovely. It was extremely helpful that so many students were primed to talk about race and use related vocabulary. In particular, we were able to critique the messages Atticus gives to Scout about the language and racial slurs she is exposed to. Using quotes from the book, we examined scenes where different characters speak up or stay silent. 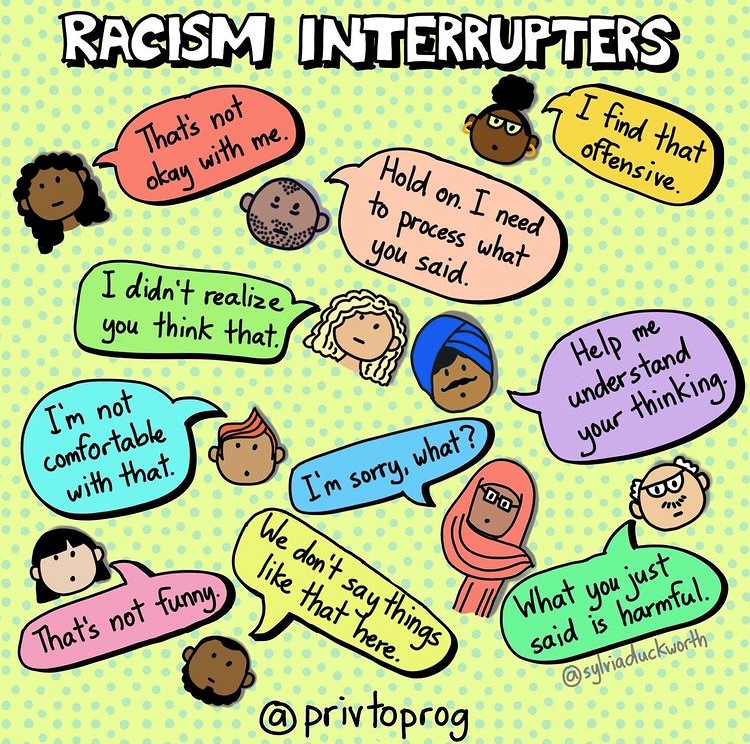