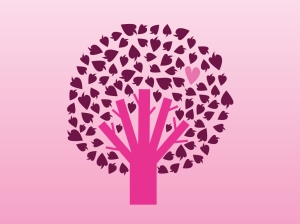 In 1891, my great-great grandfather Jordan Young (no relation to YoungeE) decided to move from his home in Columbia, South Carolina, where he had previously been enslaved, to Fowler, California. He and his three brothers received a letter from their sister, Julia Bell, who told them they should come. Jordan took the train out west, found the dusty land to his liking, and started a farm. A few years later, he sent for his wife, Louisa, and seven children. Eventually he would own a 160 acre ranch and several lots in the growing city.

I am a descendant of pioneers.

In 2018, I made the decision to leave my cushy job at a prestigious and historical independent school to join a new, for-profit, global school network. Why? Well, why does anyone join a start-up – for an adventure, dahling!

I was good at my job, but I saw an opportunity to be great. Whittle School and Studios came to DC with marketing banners blazing. They promised to be a modern school that prioritized global, interdisciplinary, and experiential learning. Those words are literally at the top of my resume. Instead of fighting to validate those things in a school community, I would simply get to teach them. This move would baffle DC Urban Moms. No one could fathom it.

The 2019-2020 school year is turning out to be an insane year to have gone rogue. A pandemic; civil unrest to end racism; impending cicadas, locusts, and murder hornets…we just keep asking, “What’s next?” So how it is that this June I find myself not limping to the end of the finish line, but skipping? Why am I not squeezed, fried, exhausted? Why do I have even a twinge of excitement for the fall? Why does my summer PD and project list fill me with joy?

Because. This. Was. Awesome.

(I did not say perfect.)

There have been massive ups and downs. But wow. It has always been important for me to teach as my full self, and Whittle is a space where that is welcomed. I brainstormed and co-taught with incredible artists, mathematicians, historians, writers, and scientists. I have colleagues from around the world on our campus, as well as in New York and China. I went to nearly every Smithsonian and connected students with the city in new ways. I taught things that would have been impossible elsewhere. I centered marginalized voices and real American history. I chose books I love and a diverse group of children saw themselves reflected in their pages. I learned to differentiate my math class so kids who would otherwise be labeled as needing support simply got to take their time and others, who wanted to accelerate, were able to fly.

The problems we tackle are exciting. What counts as an experience? What real world problems are developmentally appropriate? Is there such a thing as too interdisciplinary? How do we put the “authentic” back in authentic assessment? What reporting system effectively communicates student progress to parents while reinforcing our core values? It has been extraordinary to work on these dilemmas with a team of people dedicated not just to innovation, but smart innovation that learns from previous experiences and draws on best practices. While it is brutally hard work building a new school, we have a chance to get things right, and that is something in which we are all invested.

During my students’ final reflective presentations this week, they highlighted three pieces of work that showed their progress. They based their reflections on our Graduate Profile, which provides a framework for thinking about the goals of a Whittle education:

Our middle schoolers spoke with great vulnerability about mindsets, frustrations, setbacks, comebacks, and triumphs. They spoke about being whole children who loved growing in math AND art AND basketball AND Chinese. Not a single one said, “I know I did a good job because I got good grades.” Instead, they knew they did a good job because they were proud of their work. They were uninterested in comparing themselves to their classmates. They were focused on who they had been and who they were becoming. Before, a truly intrinsically motivated student seemed as rare as Sasquatch. Now, I believe it is possible to engage children in work that is meaningful and relevant and to see them respond with curiosity, tenacity, and joy. At Whittle, we are slowly uncovering the secret recipe, and it tastes good.

My year at Whittle School and Studios has changed me. A student speaker said at our closing ceremony that this roller coaster of a year has made Whittle the special place that it is and also helped to prepare all of us for the uncertainty of these times. I couldn’t agree more. My ability to adapt and be flexible has increased ten-fold. I am absolutely a better teacher. A better curriculum designer. A better advisor. A better advocate. A better colleague. A better leader.

Faith is the hope for things unseen. 130 years ago, my ancestors set out for a land they’d only heard of. Their journey took courage, guts, and imagination. I’m sure there were days when they wondered if they had made a big mistake. If life would have been better back home. Perhaps on those days, they thought about those of us coming along, just down the road a bit. Perhaps, because of us, they decided to keep building. They had come so far and were just getting started.

As we close this remarkable 2019-2020 school year, I never want to forget how it feels to have taken a risk – a BIG risk – and arrived at the destination knowing the road ahead was totally worth it.

One thought on “Why I Chose Whittle”